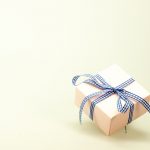 Designing great app icons isn’t a solo endeavour on the part of a designer. Icons require careful feedback and consultation between clients and designers at each stage of development in order to ensure the final product is as good as it can be. Let’s start by talking about the idea of a ‘final’ product. Obviously,… Read more »

What to consider when designing Icon Colour Schemes We have looked at accessible icons and discussed the importance of colour for establishing an icon’s meaning and purpose. Although our earlier article focused mostly on design for visually impaired users, the basic concept can be extended to all users of icons. Colour is a key identifying… Read more » 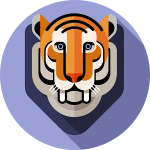 Flat icon design does not mean boring – Dribbble Icon Design Examples Indeed, flat design can be beautiful and charming, attractive in its purity and simplicity. In a context of an over-abundance of information products, flat design can appear as an island of calm, stability and clarity. Many designers use the method of “almost” flat… Read more »

Despite the recent trend towards Flat Icon design, 3D icons are here to stay and a jolly good thing too. I am all for a bit of variety, but the thought of Flat Icon design being the only way to go did concern me for a while. I am very happy to see the evolution… Read more »

In this Illustrator icon design tutorial we look at creating a small set of ‘almost flat‘ icons from scratch. First, open the Adobe Illustrator and create a new document. Then create a rounded rectangle using Rounded Rectangle Tool with: Width:200px; Height:155px; Corner Radius:10px. After that create another Rectangle with: Width:36px; Height:36px; Rotate it 45°. Unite… Read more »

Bespoke Icon Design Although a good proportion of the icon design projects we work on follow an established icon style, such as those found in mobile Apps like iOS and Android or desktop software icons like Microsoft Office and Windows 7, the greatest demand is generally for custom icons in a unique style. Despite the… Read more » 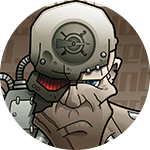 Here is another great comic style illustration from David, one of my favourite Icon Designers at Creative Freedom. This time we have a Super-Villain with a decidedly bad temper which I am sure fans of the 2000 A.D. Comic will have no trouble recalling. Comic Style Icon DesignJudge Dredd Icons & IllustrationAs a kid I… Read more »

The evolution of the flat icon design, to the ‘Almost Flat’ Icon Style OK, it’s time to nail my colours to the wall. Sorry, but I don’t like the flat icon style. I think they are boring and bland. When they first started appearing and even worse started becoming popular, I did get a little… Read more »