Why the right Font can help make Logos iconic There are many different factors to keep in mind when choosing a font for your company’s logo. It must be appropriate to reach its intended audience, simple, memorable and timeless. Yes, it must be timeless, allowing the company to use it for years to come. If… Read more »

Designing logos for the medical and healthcare niche

It would be surprising to find anyone who loves the smell and feel of hospitals. Doctors might hate it too if they weren’t so used to it already. One of the easiest ways to take away the nauseating effects often associated with hospitals and everything else medical-related is a rebrand. Doctors, dentists, ophthalmologists, and practically… Read more » 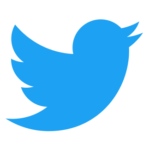