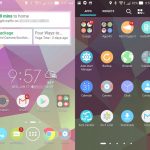 In our last post in this series, we introduced three iterations of Android and their app icons: the vanilla OS, Samsung’s S-series, and LG. Weirdly, Google’s stock Android icons have stood out the most so far, probably thanks to the company’s coherent and unified design philosophy—something that others are lacking. LG’s app icons, however, are… Read more » 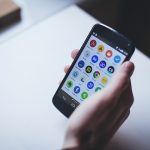 Google’s Android OS is famed for its near-limitless customisation options, open-source framework, and general versatility. Through third-party launchers like Nova, users are given a huge variety of options when it comes to the look and feel of their smartphone—especially launcher app icons. With thousands of innovative icon designers out there, you’d be forgiven for thinking… Read more » 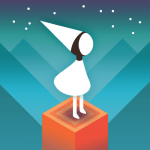 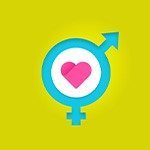 This article has now been superseded by the latest Lollipop 6.0 Android Icon Size Guide. Please click on the image below to view the latest information. What Android icon sizes do I need for version 5? Android 5.1 Lollipop continues with the same sensible icon size methodology as Android 4.1 As technology has evolved, phone… Read more »

We began this post series by introducing Google’s material design specification for the latest iteration of Android. Material design represents Google’s attempt to unify design across its many different Android platforms, which focuses on building a flat aesthetic with a 3D tactility. We then went on to explore the implications of this new design spec… Read more »

In our last post, we discussed Google’s new ‘Material design’ philosophy for both Lollipop and future generations of Android. Material design establishes rules and theories for how visual environments in Android should be composed. Each visual element is treated as ‘material’ and thus must be designed with specific properties, dimensionality, and spatiality in mind. In… Read more »

If you own an Android device, you might have already received (or at least heard about) the 5.x updates in the form of the latest OS update, Lollipop. With it comes a whole host of new changes and improvements to notifications, encryption software, performance, and, most importantly, the ‘Material Design’ style Google announced last year…. Read more »

This article has now been superseded by the latest Lollipop 6.0 Android Icon Size Guide. Please click on the image below for the latest information. What are Android Icon Sizes? It is a simple question but even Android, who provide better documentation than most, seems to make you want to work a little for the… Read more »

Icon design is ever evolving. As new platforms embrace the use of icons, new terms and references are dreamt up and older terms fall out of favour. This glossary is an ongoing project to document the icon design lexicon. Contributions are very welcome. 16×16 Pixel Icons This icon size has its own entry here because… Read more »