We began this post series by introducing Google’s material design specification for the latest iteration of Android. Material design represents Google’s attempt to unify design across its many different Android platforms, which focuses on building a flat aesthetic with a 3D tactility. We then went on to explore the implications of this new design spec… Read more » 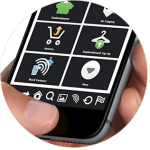 Basic Principles of User Interface Design Well-designed icons serve to inform users of the purpose of an app, and encourage them to download or open that app. Great icon design is important because icons frequently create the entire first impression and can affect a user’s decision to download an app or not. A badly-designed icon… Read more »

Creating a single effective icon takes careful consideration and hard work. Designing an entire set of icons which function both individually and as a group is quite another undertaking. Each icon must go through a rigorous design process to make it attractive and distinguishable, but also functional as part of a larger overall concept. A… Read more » 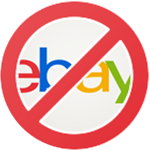 I don’t do many ‘icon deconstruction’ rants but this one has really got on my wick recently. I must confess I don’t eBay a great deal but recently I have been after some Noise Cancelling Headphones for an upcoming long-haul flight (I am not great on planes so anything that will help!) I have been… Read more »

The advantages of 3D icons

Flat icons and what we’ve termed “almost flat” icons are currently carrying a certain level of vogue with them in the world of software. However, that’s not to say that 3D-style icons aren’t as effective or innovative. In fact, in the current climate, if 3D icons are designed well enough, they can go above and… Read more »

Flat icon design does not mean boring – Dribbble Icon Design Examples Indeed, flat design can be beautiful and charming, attractive in its purity and simplicity. In a context of an over-abundance of information products, flat design can appear as an island of calm, stability and clarity. Many designers use the method of “almost” flat… Read more »

Despite the recent trend towards Flat Icon design, 3D icons are here to stay and a jolly good thing too. I am all for a bit of variety, but the thought of Flat Icon design being the only way to go did concern me for a while. I am very happy to see the evolution… Read more »

Bespoke Icon Design Although a good proportion of the icon design projects we work on follow an established icon style, such as those found in mobile Apps like iOS and Android or desktop software icons like Microsoft Office and Windows 7, the greatest demand is generally for custom icons in a unique style. Despite the… Read more »

*UPDATE* 11/11/13 Check out our new Windows 8.1 Icon Tile size guide. Never being one to make life easy, Microsoft have released some fairly ambiguous information to Windows  8.1 App developers. From the information I have had access to, I have put together this brief guide to the Windows 8.1 App launcher & Tile Icon… Read more »