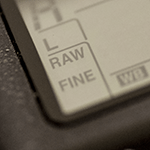 Users of DSLR cameras, bridge cameras and indeed some advanced compact digital cameras will be aware of the option to record their digital images in either JPEG or  raw formats (some DSLRs also offer the option of TIF, but that won’t be discussed here). It’s true that the subject of whether to shoot in JPEG… Read more » 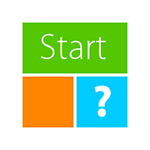 Windows 8 looks to be the biggest leap in operating systems since Windows 95 with a very fresh approach both in terms of aesthetics and usability. Microsoft is of course making lots of big and bold claims about the performance of Windows 8, which may or may not be accurate, but I’m more interested in… Read more » 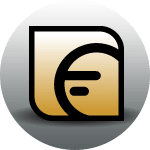 This article looks at how to keep your Illustrator files ‘fully’ vector and still create an attractive vector Drop Shadow effect. For any icon designer it’s a straight-forward process to create a nice, feathered, transparent drop shadow in Photoshop, and the same process can be followed in Illustrator too by using the ‘Effect -> Stylize… Read more » 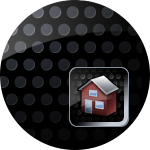 Step-by-step: How to Design a Custom Icon

Designing a Button Style Custom Icon This tutorial will explain the process of designing and creating an icon from one of my favourite sets of custom icons. This dark, metallic and slightly glossy set was produced for a ‘button-type’ custom icon design to be used in a PDA driven software application. The icons all feature… Read more »

Keeping things crisp when Scaling Icons During a large custom icon design project with multiple application icon and interface icons, it can sometimes be a daunting task having to create multiple size versions of the same icon – assuming you’re working with pixel-based ‘bitmap’ raster icons. Indeed, in the majority of instances, it is not… Read more »