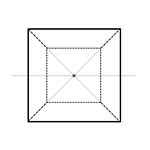 Perspective and point of view in icons

One of the most complicated things in 3D icon creation is selection and construction of right perspective. You are lucky, if specification for the development of an icon follows some style guide, which has a detailed description of required perspective and points of view.

But what if you’re not given such directives?

First, let’s figure out what types of perspective there are. They can be divided by the number of vanishing points. The vanishing point is the point where lines, which are forming the edge of the shape in perspective, are converging.

One-point perspective allows drawing the viewer’s attention on one point of the image. It’s rare in classical painting but very usual in iconography, because it provides rapid recognition and understanding of the depicted object. It is particularly convenient to use this type of perspective in drawing of small size icons. Also, it can be used to highlight the static nature of the object. 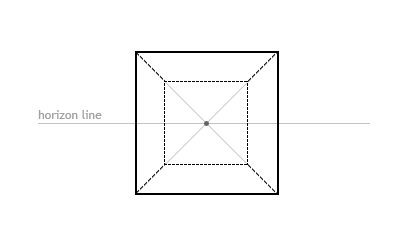 Two-point perspective includes two vanishing points. The object is at an angle to the viewer. This is the most common type of perspective, the most relevant to what one sees in real life. That’s why it widely used in big photo-realistic icons. To get a good picture, it’s important to remember that the vanishing point should be located on the same horizon line. 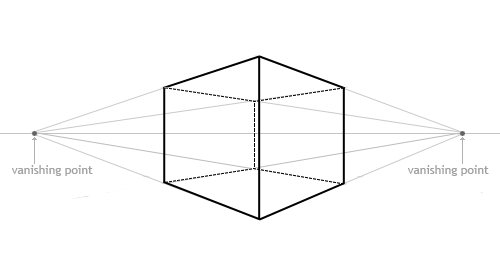 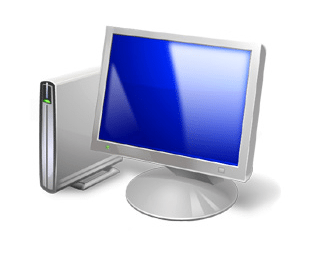 It’s more difficult to build three-point perspective, because it implies that the angle of view is aimed not directly, but from the bottom or from the top. Such a type of perspective can be used when the focus on the vertical dimension in needed. If you want to depict an object in three-point perspective, you’d better use a 3D-editor for this. In this case you don’t have to waste time looking for a good position for vanishing points and constructing lines. You should only choose a successful point of view on the object. 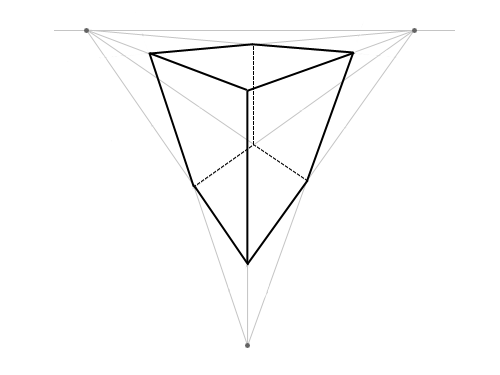 To reach certain effects, or enhance the impression of an object, you can experiment with point and angle of view. And it’s not only about three-point perspective.

Angle of view can be influenced by changing the distance between vanishing points on the horizon line. The closer to each other point, the steeper the perspective. In this case, the viewer will feel that the object is located directly in front of his nose. 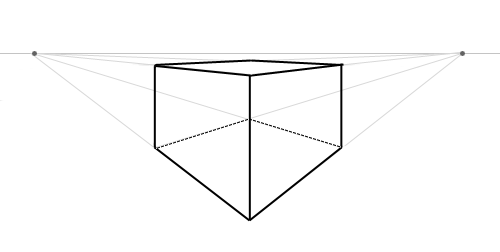 There are many other types of perspective, such as reverse perspective or cylindrical perspective. I have only given examples of perspectives that are used for icon creation.  If you have enough experience you can successfully draw the same object in any perspective. The choice of the most suitable type should depend on the icon size, number of details in it and the effect you want to create for the viewer.

Perspective and point of view in icons