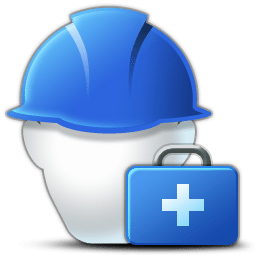 What is the best icon design software to use in your work? Do you really need so much?

When the first graphic interfaces appeared, and nobody knew about “icon design” as a specialty, icons were small and monochrome as displays. With higher screen resolutions, the number of icons and the colors in them have grown considerably.

Initially, only a simple graphic editor, such as MS Paint, was enough for icon development. But in less than 20 years icons have become so numerous and multicolor that for the creation of one icon you may need an arsenal of software tools. Today’s 512x512px icon can be a real work of art, and its creation requires a designer who not only can draw, but who also has a serious set of technical skills.

So which icon design software can and must be used to create a beautiful modern icon? The process begins from a sketch drawing. It can be done without any software on a napkin. But I usually use Adobe Photoshop and the pen tablet for these purposes. This alliance allows me to produce quick “pencil” sketches and to make unlimited changes to them.

Often we need to create a complex three-dimensional object for an icon. And if you don’t have a classic art education or problems with a perspective frighten you, 3D-editors will help. I like to use them when I need a three-dimensional letter or number for an icon, because I can be sure that any font will look right in a required projection.

I prefer to use Rhinoceros for making three-dimensional models. It is easy to learn and you can even start to work immediately after its opening without preparation, because most basic operations can be done from the simple intuitive interface. But if you want to work with colors, lights and textures, it’s better to use something more serious, such as 3D Max. 3D models can be very complex and sophisticated. But with properly exposed light and chosen textures, such a model requires just a little touch up and some effects, and the icon is ready. Or they can be very simple and skeletal, just giving a view of the proper perspective, proportions and relative positions of objects. It all depends on the skills and goals of the designer.

When we have the sketch or the simple three-dimensional model we can start to create the base elements of an icon. It will be better if they are vectors, then we can easily scale the icon if several sizes are required. Any vector editor you are familiar with can be used for this.

After the creation, the base entities must be painted, and given volume and effects. Only in this way will the icon look perfect. For this goal, either a vector or raster editor can be used. Earlier on, this process looked like this for me: I made base elements in Adobe Illustrator and then transferred them as vector objects into Photoshop for painting and adding effects and textures. Now I make vector objects directly in Photoshop. This saves time and eliminates importing troubles. But if you are going to use both vector and raster editors, my advice is to look at the Illustrator-Fireworks pair. It will help facilitate import and avoid distortion of objects.

Some of my favorite icon designers use only vector icon design software to make their super realistic works. They create icons from the beginning till the end in Xara or Illustrator. And it does not spoil their works, but rather makes them more exciting.

The last stage in icon development is to export in .ico file format if necessary (.png format is widely used for icons now and it does not require special software for converting). Photoshop plug-in or special programs, such as IconWorkshop, can be used for this. You can read about IconWorkshop features in previous posts.

So, you can see that now my favorite icon design software toolkit includes:

But you can do it just with one graphic editor. Never mind what you use, if you do it professionally. And if you pay attention to details and love your work, you will get an ideal icon. Some day or other 🙂