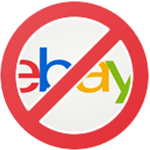 I don’t do many ‘icon deconstruction’ rants but this one has really got on my wick recently.

I must confess I don’t eBay a great deal but recently I have been after some Noise Cancelling Headphones for an upcoming long-haul flight (I am not great on planes so anything that will help!)

I have been using eBay to follow a whole load of products and generally get on pretty well with the Apps on my iPhone and iPad. One thing that really bugs me though is the App Launcher icons. Now you could argue that eBay, using its name as its logo has a bit of a dilemma. The word ‘eBay’ is well pretty ‘iconic’; we all recognise it easily so in some ways that it is the perfect thing to place on their App icons. However, it is also text! And even at only four characters I hate to use text on icons, it just doesn’t scale well.

Why are these icons a different colour?

Added to this, the eBay text is in several colours so you immediately hit problems choosing a background colour for the App Icon. Really you have a choice of Black or White and sensibly this is what they have gone for. But here is another gripe, why the heck is it ‘Black’ on the iPad and ‘White’ on the iPhone? WTF?!! As someone who is forever switching between devices (I have kids, OK?), I can never seem to find the eBay App icon quickly. I am always looking for a Black icon when I should be looking for a White one. This is such terrible usability. What were they thinking and how come they haven’t realised it by now? The icons have been like this for an age! 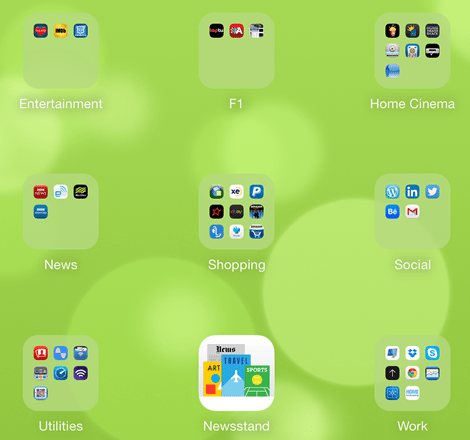 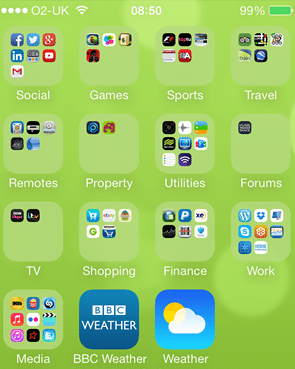 So now I have trained myself to look for a ‘Black’ or ‘White’ icon when I want to launch eBay. The trouble is that I have about a zillion apps on my phone and iPad (I have kids, OK), so a lot of my Apps including eBay are hidden away in folders. At this size, let’s be honest, there are a lot of icons that are not ‘great’ but the eBay icon really is one of the worst. On both a Black or White background, the text simply does not stand out enough. This is just lazy, lazy lazy as if no thought at all has gone into their App Icons!

eBay could take a lesson from Amazon, another company that also has a text-based logo but hasn’t been afraid to add an ‘image’ to make it a recognisable App Icon. Now don’t get me wrong, the Amazon icon also sucks big time as an aesthetic, but at least it stands out from other icons and looks like ‘something’ discernible even when shrunk down inside a folder.

Come on eBay, how about putting some thought into your App Icons!

Professional custom designed App Icons stand out in the App Store & get your App noticed. We have a team of 8 amazing Icon designers ready to transform your App.