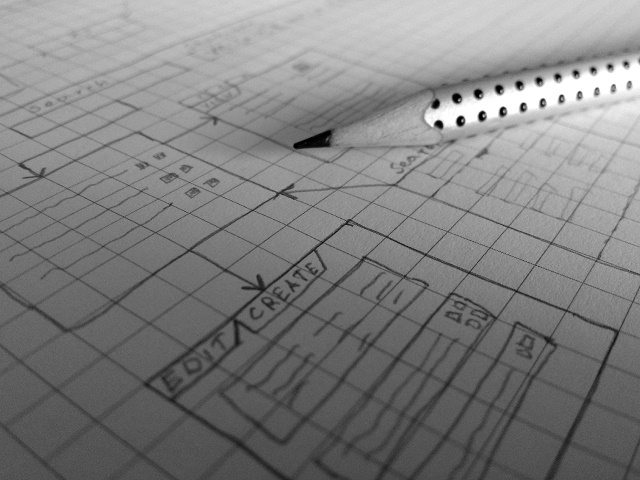 There are many irksome and downright headache-inducing additions to contemporary websites, we at Creative Freedom have seen many. With coding becoming a lot simpler and people having greater access to templates which feature wide varieties of add-ons, we’ve seen a rise in site quality over the last 20 years. However, there is a downside to all this, namely superfluous nonsense and poorly functioning features that have no business being used in site design.

In the 1990s and early 2000s, there was a trend for sites to feature gaudy and mismatching colours along with irritating, over the top fonts, today it’s features, such as sliders and fixed menus which are causing many a designer and, indeed, site visitor to pull their hair out in frustration.

The misguided use of sliders

Designing with WordPress is one of the very best options for most people, especially if your knowledge of coding is limited. With WordPress you can easily create a site that looks highly professional, visitors will be comfortable with and, if you’re a site owner, functions so seamlessly at the backend. WordPress, thanks to its plugins feature and ever expanding plugin options, is rich with temptation.

One of the biggest temptations is to use the slider plugin, it’s popularity has skyrocketed in recent years – in fact most sites created in the past five years will feature a slider somewhere, from the hipster barbershop to that new pub that’s opened up at the end of your road. People seem to have this idea in their heads that a slider adds something sexy or cool to their site, when in fact it’s just an annoyance.

For the layman a slider is an old fashioned slideshow, which has been remastered for web design, featuring a general mishmash of content. Basically, the slider is a feature that’s used not because it’s needed, but because we have the technology to feature it.

Most content that’s featured in sliders may as well be completely irrelevant to everything else the site is about, as it’s so rare people will pay any attention to content that whizzes past them like that. As Adam Fellows, an expert in conversion optimisation and usability says: “Almost all the testing I’ve managed has proven content delivered via carousels to be missed by users. We’ve witnessed the banner blindness concept in full effect.”

Shane Melaugh, in his blog post ‘Why Sliders Make Your Website Suck’ articulates why sliders are a thorn in the side of good site design: “You’re either interested in what’s on the slide or you aren’t. If you are interested, then the content is whisked away and replaced by something else before you can fully take it in. If you aren’t interested, then you’ll probably scroll down before the second slide even appears. Think about it: when’s the last time you stared at a web-page for several seconds, even though it contained nothing that caught your attention?​”

Fixed menus are a needless distraction

A fixed menu is one that is fixed relative to the browser window, not only to the page, which means that if you scroll up and down the fixed menu will remain in the same position. It’s been touted as a benefit to the user, supposedly giving them the opportunity to quickly access the navigation no matter where they are in the site.

Let’s talk about the reality of a fixed menu, which takes the prize as champion of irritation, even more than the slider, it may seem a clever idea to have your menus constantly present as a visitor scrolls down on your pages, but it really isn’t.

A fixed menu offers nothing but needless distraction, when a visitor scrolls down your page they want to see all of the content you have to offer, easily, not have to carefully make sure what they’re reading isn’t hidden by a menu that stretches right across the screen.

Moreover, what the fixed menu does is, instead of acting as a constant reminder that there’s other interesting areas of your site to look at, pressure people in the most hectoring way possible. To a visitor, a fixed menu is like a shop assistant dying to get to their lunch break as they hurriedly explain something.

People like to take their time and generally have an easy going few moments to explore a site, if your site is really excellent then they’re more than likely to go and look around and take in what you have to offer.

The irritants of sliders and fixed menus are the poor by-product of the web design revolution. With advancements in HTML5 and Javascript, making them far superior than they were 10 to 15 years ago, it’s become too easy to fill a site with useless confection, making a potentially brilliant showcase for a business just a mess of redundant features that distort what the site owner actually wants to say.

A culture of designing without purpose has put a dent in a revolution that could have created countless achievements in web design. It’s all about designing for the need to design rather than having to. Often, when a site is designed by the owner, they will create something that suits them, rather than thinking about who is going to use it. Remember, if you’re the owner, yes you’ll be operating on the site from the backend now and again, but you’re not going to be visiting it daily.

Good web design is about creating something user friendly, a platform for your business, featuring its best assets and explaining why potential customers should come to you. Pointless features are irresistible in some cases, as they look so cool and appealing, but you need to think in cold, hard abstract terms in order make your site into something practical, and that doesn’t mean it needs to look bog standard.