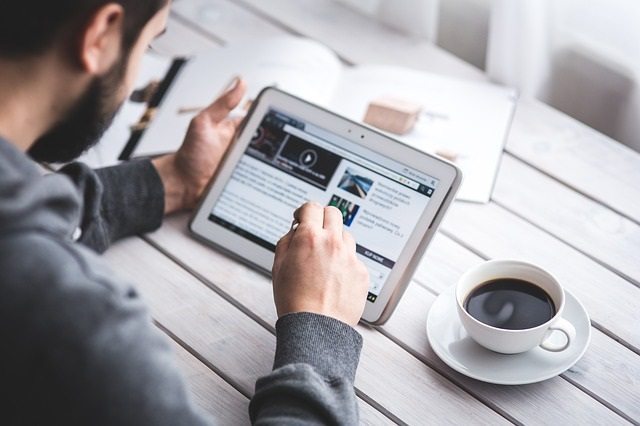 For the news hungry, there’s been a major transformation in the quality of magazine apps in recent years, with brands tapping into the user need for apps that not only impart the same information they would in a physical magazine, but also in regards to the aesthetics too. In this post we give the rundown on the best magazine apps, covering both Android and iOS.

In our rundown, we’ve chosen some of the most pleasing to the eye, those magazine apps that just hit the right spot – in terms of design and ease of use. There are plenty of apps out there, some from major brands (who we’re too nice to mention) that get one thing right, but the other disastrously wrong!

The first to be featured on our list is Feedly, the major news app that took up the baton after Google News faded into non-existence, this app is a beauty, the layout is relaxed, featuring a wealth of content from a variety of sources. It’s recent material redesign has given a more sophisticated and stylish layout, looking every inch the best source of news Android has to offer.

All hail the comrades at News Republic! The app that gives you breaking news as it’s happening, and unlike many of those apps that try and fail to look smart about it, News Republic actually achieves this, with a layout designed in an easy to follow way, coupled with an eye catching format.

If you like your apps a little more variety than just text and video, then Flipboard is for you, featuring a wealth of content from breaking news to podcasts, all laid out in a sophisticated manner where solid design takes the lead.

As PC Magazine describes: “The app’s signature magazine-style interface lets you explore the day’s headlines in a gorgeous environment.”

Pocket is like a digital rucksack, where you store all the tidbits of interesting content you find during the day to read at a later date. The beauty of Pocket is that it reshapes the content to easily read when you’re on a mobile, all syncing to your tablet and other devices.

There’s a lot more than is on the surface of this news aggregation app, aside from procuring articles of specific interest from other sources and re-formatting them to suit you, it’s very handy for designers, who are given the privilege of their own news category, as well as integration of Dribbble.

MakeUseOf describes Issuu as, “A web platform that helps magazine publishers get their work into a digital format without having to do the heavy lifting. Over a million have turned to the site to make nearly 20 million magazines available to readers.”

As an app, it’s designed in a way to have magazines looking like proper magazines, rarely slowing down and crashing, this app gives you awesome fresh content wrapped in digital splendour.

The product of a $30,000,000 takeover by Yahoo, News Digest offers you a 10 of the top stories in your region, making great use of Summly’s artificial intelligence technology, it presents the info in a neat little package. Changing every few hours, the app gives you important updates throughout the day.

One of the very best “power to the people” sites on the web, Reddit’s recent foray into creating an app for Android and iOS hasn’t diminished this crucial selling point, what’s great about this specific app is the control it gives the user to comment and upvote, the interface is clean and doesn’t mess around.

With users able to select articles from publishers or people, and use their LinkedIn account to sign in, LinkedIn Pulse is quite a versatile app. Pulse is also the purveyor of  its very own video player and staff, allowing its team to curate the most important stories in the world of business.

Featuring in-depth analyses as well as breaking news, the BBC News app’s standout feature is its live-streaming news channel that’s baked directly into it. As you’d expect of the BBC, this is sophisticated, well thought out app, that makes getting news and videos easily for the user.

One thought on “10 best magazine apps on the market”