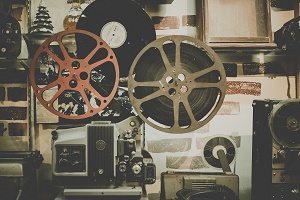 When it comes to creating films, there are a variety of unique elements that the everyday viewer won’t know about but they add to the depth of the film. Mise-en-scene is one of the many creative flairs that helps to make a movie visually stunning for audiences of all ages. Many new filmmakers find themselves wondering what it is that makes mise-en-scene so important when creating a movie.

The Elements of Mise-en-Scene

There are several elements that work together in this type of cinematography including: set, props, actors, lighting, space, and costumes.

The most well-known definition pertains to all of the items that are put together in a single scene including the props, décor, lighting, actors, and even the costumes. It is a French term that roughly translates to “placing on stage”. Depending on how thorough you are with the definition, mise-en-scene can also include the camerawork and the frame.

The Director and Mise-en-Scene

The most important person on the set that will be responsible for setting the right scene is the director, as they will consider everything that is in each shot. They will be responsible for deciding what and who goes where, when, and how they get there. As a director they will have to take a look at all of the elements inside of the entire shot, rather than the effects that they can add after the cutting process is completed.

It is important to note that although the director has the final say with the mise-en-scene, everyone on the production floor plays an extremely vital part to ensuring that the right feeling is conveyed through each shot. From makeup artists to backdrop designers, everyone will be adding a physical element to the film that will help to develop the scene. It’s a process that goes through pre and postproduction before films are released in the theatres.

How the Term is Used

On a production set it will be extremely rare to hear a director refer to the mise-en-scene directly as there are hundreds of elements that are combined to create it. Instead, they will focus on specific elements that need to be changed, arranged, or added to the scene. Mise-en-scene is typically referred to as an academic term, something that film students will need to learn about but will very rarely use in real world applications such as working on a film set.

To help you visualize how to use mise-en-scene, we’ve put together this handy infographic to get you up to speed quickly.