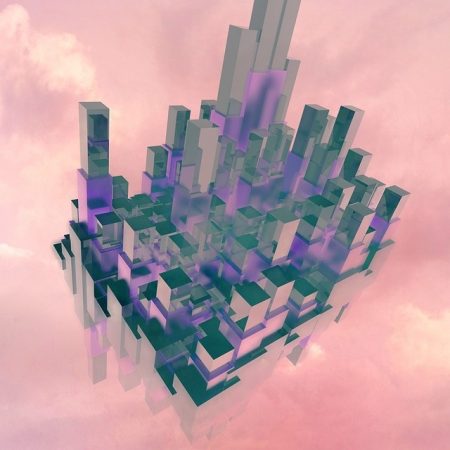 We at Creative Freedom are avid fans of CGI. For most of us, our first encounter with CGI on the big screen came in the form of Steven Lisberger’s 1982 film ‘Tron’, starring Jeff Bridges and David Warner. Yet, the history of CGI goes back nearly a decade further than that, to 1973 when we saw the first use of 2D computer images. Michael Crichton’s ‘Westworld’, starring Yul Brynner, was the first major motion picture to use CGI. In his article on the history of CGI for Empire Online, Phil De Semlyen explains: “In the film, Brynner’s robo-vision was a pixelated POV digitally processed by computer graphics whizzes John Whitney Jr. and Gary Demos of Information International, Inc. (better known as ‘Triple-I’ or ‘III’)” CGI as a tool for creating kick-ass visuals has come a long way since then, with a number of production companies focusing their energies on producing aesthetically rich creations.

Here is a short selection of movies that made us marvel at the craft of CGI.

The creation of CGI is a team effort, combining a wealth of skilled artists including digital painters, sculptors, concept artists and many others in the effects industry. Michael Bay’s ‘Pearl Harbour’ is one of the finest examples of CGI magic (which saved the film from its dire plot). As Creative Bloq explains: “ILM used a combination of software for the attack sequence, including AliasStudio, Maya, and Softimage for basic modelling, and employed its proprietary software, Zeno, for the many rigid body simulations. To comply with environmental rules, VFX supervisor Eric Brevig also had to write a new piece of software to create the amount of smoke plumes needed. So while it’s a dreadful film, we can’t help but applaud the truly brilliant CG effects.”

This comic book style beauty of a film, adapted from Frank Miller’s novel about ancient Sparta’s blood drenched battle with the Persians is a masterpiece of modern cinema. The hues and tones of the entire film sparkle with vintage flare and the result was utterly awe inspiring. In the words of Jason Guerrasio: “This Zack Snyder-directed movie showed how to bring a new aesthetic to the action genre. Unsurprisingly, it’s been imitated countless times.”

Remarkably detail focused, ‘Transformers’ showed what can be achieved when movies put in a heap of painstaking work. The action and fantasy was taken up several notches, and set the bar a lot higher than any film had done before. Stuff detailed the work that went into Optimus Prime alone who “comprised 10,000 individual parts; each frame taking Industrial Light & Magic a staggering 38 hours to render.”

Although all that glitters is not gold, despite coming along leaps and bounds in the last forty years, there have been many disastrous displays that put the artform to shame. Here are some of the worst of the worst CGI moments in movies.

Indiana Jones and the Kingdom of the Crystal Skull (2008)

A hotly anticipated movie, especially by longtime fans of the Indiana Jones franchise, this turkey of a movie was roundly criticised, not just for its inclusion of aliens at the end of the film, which never sat right with fans, but the dreadful CGI effects, particularly in the scene where Shia LaBeouf swings from the trees with a gaggle of poorly animated monkeys.

The original film ‘The Mummy’ became an instant hit for its traditional mix of action, history and romance, yet ‘The Mummy Returns’ was a washout, not helped by the ruinous CGI rendering of the Scorpion King, which was as Time Out describes: “a hilarious chimera of digital sloppiness that resulted from someone trying to Photoshop the Rock’s head onto the body of a giant scorpion.”

Based on Will Smith’s performance, this contemporary adaptation of Richard Matheson’s 1954 novel is an absolute winner, yet any credibility Smith gives to the film is destroyed by some of the worst CGI monsters in recent years. Their plasticy shimmer and lacklustre graphics were laughably terrible.

As any good artist knows, CGI is meant to bring fantasy to life, making it look as real as possible.