The web should be fast!

When we built sites back in the 90’s we had to be very aware of loading times – page sizes were kept to an absolute minimum and images were compressed as much as possible without compromising visual quality. Connection speeds were much lower back in those days, with modems only managing 28K data transfer speed per second. Even when 56K modems became available, sites struggled to deliver any kind of engaging content quickly, including the dreaded Flash movies, with their immense pre-load sequences. Compare that to the modern day where we have connection speeds many, many times faster. 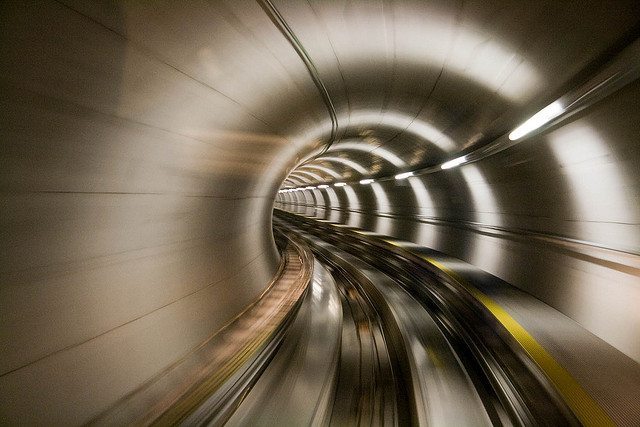 As new connection speeds became available, web designers quickly took advantage of the new technology. Sites became more and more complex, increasing the number of dependencies, assets and server requests. In 1995, the average website had around 3 server requests per page, and was typically around 5-10K in size, taking 5 – 10 seconds to fully load.

In 2015, a blog post page we tested on Mashable had 423 server requests, was 2.52MB in size and took on average 15 seconds to load, but due to the server and browser technology available today, the page rendering is streamed and progressive, adding the vital page elements first while loading other elements in the background. To put that into perspective, if we visited a 1995 site with todays’ connections speeds, the site would load in well under one second. On the other hand, if we visited a 2015 site with a 28K modem from 1995, it would take a few minutes to fully load.

These days we take fast connection speeds for granted; we expect things immediately, on-demand. But while our demand threshold is high, our patience threshold isn’t.  According to research, it takes on average just four seconds for us to lose interest in a site if we are not engaged. If we are not engaged, we move on to another site. This is what Dr Ed Chi refers to as ‘hub and spoke surfing’:

“People… engage in ‘hub-and-spoke’ surfing: They begin at the center, and they follow a trail based on its information scent… If the scent is sufficiently strong, the surfer will continue to go on that trail. But if the trail is weak, they go back to the hub. ‘People repeat this process until they’re satisfied,” Chi said.

The speed of a site plays a very important role in today’s world of shifting algorithms. How quickly your site loads has a direct effect on its search result ranking. In fact, way back in 2010 Google declared that they would use site and page speed as ranking factors in their algorithm

As Google itself states:

So let’s break that down a bit. ’High performance’ means those sites that load quickly, every time. If they push big assets in front of you, they make sure they have the firepower on the server behind the scenes to deliver it quickly. ‘Higher visitor engagement’ means that people visiting the site will engage with it and will be more likely to explore further and have a positive experience. ‘Retention’ means they will want to come back, to experience more, and they are also more likely to talk about it to their friends and on social media. ‘Conversions’ means an event or action which is performed by the visitor, such as a sale, a form submission or a newsletter sign up.

Fortunately, there are free tools available which can be used to test a site’s performance and give actionable advice on how to resolve any issues found. Google Page Speed is an obvious choice. Yahoo also have an online diagnostic tool. One site that combines both Google and Yahoo’s tools is GT Metrix. Not only do you get a full report of your site’s performance in Google Page Speed and Yahoo YSlow, you also get a waterfall graphic which shows exactly how your site loads, helping you to easily identify bottlenecks. GT Metrix also allows you to record and compare tests, giving you an historical report over time, which is extremely useful.

One thing is for sure, site speed will remain a crucial ranking factor, so our advice is to go to GT Metrix right now and test your site!

The web should be fast!