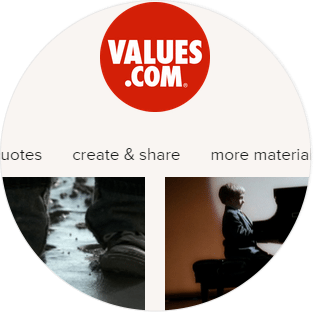 In a previous post, we began exploring the benefits of using videos and motion graphics to promote your business. By promotion, we mean the whole range of methods used to boost outreach to potential customers, including: advertisements, information, education, demonstrations, or a combination of all of these. The flexibility of motion graphics allows all these different mediums to be catered for. It only requires creativity and teaming up with experienced professionals who can help you, from storyboarding your ideas to producing the final video to use in your promotions.

Here are a few more reasons why your business or organisation could benefit from motion graphics:

Reaching people where they are

With the proliferation of tablets, phones, notebooks and other devices which make it possible to access the internet from almost anywhere, it’s becoming increasingly easier to reach a wider network of people than ever before. No longer do people need to sit in front of a television to see your message. You can reach them in their homes and offices, on the trains and while in traffic, and when shopping or at play. The multiplicity of platforms also makes it feasible to target particular segments of the market and adapt your main message to suit different contexts.

Now affordable and within your budget

If you’ve ever thought that creating a promotional video was way beyond your budget because of the amounts of money big businesses pump into advertising, there is good news for you. Once upon a time you needed an entire film crew, actors, expensive movie cameras and bulky equipment to film commercials and create videos. Thanks to advances in technology, this is no longer the case. Nowadays, the creation of motion graphics relys more on the skills of the design teams and their use of sophisticated but affordable computer software. Thus, companies with relatively limited budgets can now afford this method of product marketing.

Audio-visual has come to stay

It is true that adverts in newspapers and magazines have their place, and so do big billboards and messages on cartons of cornflakes. But there’s not much that can beat audio-visual presentations of information in terms of creating an impact and reaching a wide range of people. We live in the audio-visual age; people love to see, hear and feel what they are being told or sold. Apart from businesses, schools and universities, hospitals, charity organisations, government agencies, music and drama groups – basically anyone or organisation with a message to share – can explore the possibilities available through the use of motion graphics because of the flexibility of the medium. This is especially true for messages targeted at younger people who have been raised on audio-visual methods of communication.

The possibility of going viral cannot be ruled out

People like to share engaging videos to their friends and family through social media platforms such as: Facebook, Twitter, Pinterest and others. Transferring videos directly from phone to phone is also common. Just as in the old world where certain TV commercials have become folklore, your motion graphics video can go viral or win a place on websites such as this one which feature some of the best short videos currently in circulation. If you can get your video to go viral, this could exponentially boost the profile of your organisation.

As Entrepreneur.com recently reported, “savvy companies of all sizes are still exploding into the mainstream consciousness by creating campaigns that compel consumers to share content with their social graphs”. With some cool motion graphics to help put your messages across, you could be one of the companies able to multiply your potential target audience and reach a wider market. Contact Creative Freedom to discuss your requirements.