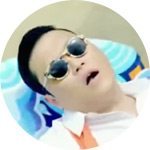 Whilst the app market has developed rapidly, ‘new’ forms of marketing have, too, exponentially grown. Many app companies now try to market their apps by using promotional media – particularly in the form of videos – with the ultimate hope being that their promotional video will be unique and creative enough to go ‘viral’, thus strengthening the product itself. Here, traditional video advertising intersects with newer forms of marketing: today it is not just products that are being sold, but content and ideas. App companies are aiming for their promotional content, and, by association, their products, to become part of a new zeitgeist. This is what is called viral marketing.

If we look at the early history of viral videos, it would seem as if budget or directing – indeed, production quality as a whole – were not important factors in whether or not a video went viral. However, just because many of these videos were made without active directorial considerations, does not mean that these forms were entirely absent from the videos themselves. Later viral videos (such as Gangnam Style) and marketing also clearly exhibit huge budgets and skilled production teams. There still exists a creative framework that ideally must be utilised if you are to create a successful – and more importantly, inspirational – app video. We can learn a lot from traditional filmmaking techniques, and it’s crucial to integrate these visual technologies if you are to produce a truly professional app video.

Mise-en-scene and cinematography in app videos

Mise-en-scene is a term used in filmmaking to signify a director’s control over what appears in the frame: it is what you see in a shot. This can include setting, lighting, costume, and staging (which includes acting and movement). It therefore encompasses the events staged for the camera, whether they are planned or spontaneous.

Cinematography refers specifically to individual shots: their photographic aspects, their framing, and duration. Cinematography depends heavily on ‘photography’ – using photographic techniques such as manipulating tonalities (visual qualities of an image), perspective, and different lenses and focuses, filmmakers can manipulate and transform how we perceive the objects of mise-en-scene. Other factors have an impact on this. Framing is a key aspect of cinematography: the ‘frame’, or what the camera encompasses, imposes a certain vantage point onto the material within the image; it defines the image for us.

A good recent example of viral marketing is that of Volkswagen’s Piano Stairs. Using different filmmaking techniques, the ad successfully projects and sells an image of Volkswagen to the viewer – without the content ever referencing the company or its products directly. We open with two static frames: firstly, downstairs in the metro station at the bottom of the stairs; secondly, from the top of the stairs. The static framing contrasts with the movement of the figures in the shot; the metro-station is established as a place of transition and motion, a boring and pedestrian one at that. Nobody uses the stairs, only the escalator. The rest of the video utilises the same cinematography. However, it depicts technicians and engineers replacing the stairs with ‘piano stairs’. The space is immediately transformed into a lively area, with children and commuters enjoying the piano stairs.

By using the same framing and shot set-up as before, the filmmakers are able to demonstrate to us that they can turn an ordinary, boring space into a lively, musical one, by contrasting elements of mise-en-scene at different times. This is at last associated with Volkswagen in the final shot depicting their logo. The video therefore indirectly sells Volkswagen cars as something that can transform a boring commute into a lively and happy one, without ever mentioning, or even showing, any of their products. This gives us an important lesson on how you can use filmmaking to create effective viral marketing.

Watch out for our next blog post in which we give examples of the principles we have discussed above.

Where to start: getting a motion graphics video for your app
Directing the app promo video – putting concepts into action