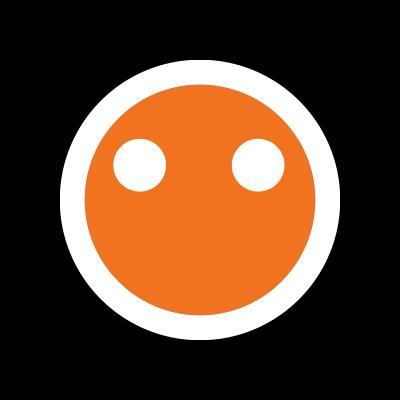 “Crowdsourcing is the process of getting work or funding, usually online, from a crowd of people. The word is a combination of the words ‘crowd’ and ‘outsourcing’. The idea is to take work and outsource it to a crowd of workers.” – Daily Crowdsource

At first glance this seems like a great idea and there are plenty of high profile sites out there, all well subscribed to by clients and designers alike, such as: People Per Hour, 99Designs, CrowdSpring and DesignCrowd to name but a few.

The business model is pretty simple – a business owner or an entrepreneur needs some graphics produced for a new brand (which they have neither the time nor the skills to produce themselves), so they devise a brief, create a project and get lots of designers to pitch their designs for free. They then pick the best design and the winner gets paid to deliver the final artwork files.

Speed is one of the main reasons that people use crowdsourcing sites. A client can receive ideas for a logo or icon design within hours of posting a project. Most crowdsourcing sites use this ‘Quick and Easy To Get Started’ call to action as a lure to hook clients, even promising more with ‘Get The Perfect Custom Design, Every Time’ – a lofty promise indeed! A project can be wrapped up within hours of being started. But while ‘speed’ is a great proposition for the client, it’s not so great for the designer. He knows that he is competing with many other designers without the promise of ever being paid for the work he is doing – it’s like the dreaded free pitch.

The client gets lots of ideas from different designers

Shortly after posting his project, the client begins to get ideas from designers based on his original brief. His brief is based on an idea he had with a few of his work colleagues, but unfortunately none of them have ever been designers. There is no guidance, understanding or relationship between the client and the designer which causes a disconnect throughout the entire process. The client is bombarded with dozens of designs and then has to to use his limited knowledge of ‘design’ to choose the best. Clearly that entire process is fraught with danger – if the brief is flawed from the very start, how can a designer create a professional, well researched, well thought out idea for the client? We’ve seen some really great brand ideas go to waste because the client was in control of the brief and was the one and only decision maker.

The fee is set by the client

The client gets to set the fee he is willing to pay for the project. Great news for the client, as this means he can drive the cost of the project right down, and we all want to pay less money and get better value, don’t we? The problem is that this is based on a pre-conceived idea of value – quite often the client will have no idea how much a designer should be paid for this type of work. The client had already refused giving the work to a local agency because he felt the cost was ‘way too high’, so he turned to crowdsourcing in the hope that he’ll get better value and pay a lot less than agency rates.

Coming from the designers point of view, how desperate do you need to be to put your designs out there against 50 or more alternatives in the hope you will get paid? No designer should have to do this. This kind of service encourages minimum effort to get a return and undermines good design processes.

It’s safe for clients and designers

Most crowdsourcing sites work on the premise that the client will choose a winner and pay for the design. Some sites require the client to make a downpayment into an escrow account to demonstrate their commitment to the project – this gives any designer taking part peace of mind that someone will get paid when a winner is chosen. Our research has shown that most crowdsourcing sites tend to focus on the needs of the clients, sometimes to the detriment of the designers. There have been frequent outbursts on the People Per Hour blog when new features are announced that clearly work in the favour of the client. We’ve also seen a lot of bogus clients appear on a regular basis, posting projects with large reward fees but with no profile information, fake photos and requests for ‘free samples’ or ‘free ideas’, clearly scammers!

While there are good reasons for using crowdsourcing sites both as a client and as a designer, it is clear that there are severe limitations. The relationship between the client and the designer is extremely important for ensuring the delivery of a professional project. If the client is given the responsibility of making key decisions about the design, that’s a recipe for disaster. The client should always be guided by the designer based on an agreed idea and concept, which the designer will have presented after working on initial ideas and research. This is how the design process should work. Crowdsourcing may be fast and cheap, but as the saying goes: “Fast and cheap won’t be good”.

[Image by People Per Hour]