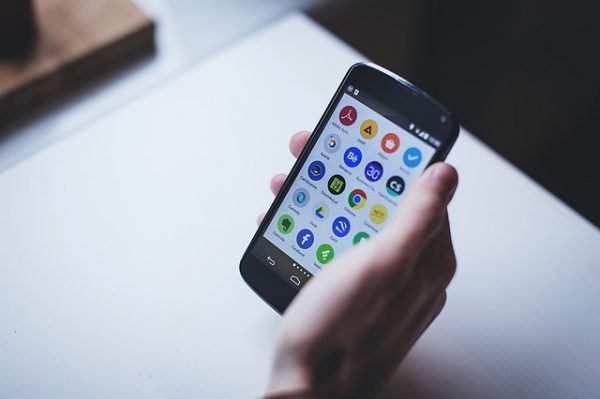 Google’s Android OS is famed for its near-limitless customisation options, open-source framework, and general versatility. Through third-party launchers like Nova, users are given a huge variety of options when it comes to the look and feel of their smartphone—especially launcher app icons. With thousands of innovative icon designers out there, you’d be forgiven for thinking that the default launcher app icons are redundant.

However, there’s almost as many iterations of Android as there are smartphone developers. Google, Samsung, LG, HTC, Sony, and OnePlus all produce their own Android handsets with custom UI design, each with varying levels of quality. So which are some of the best in terms of their stock app icons? What can we learn from them in terms of design? Let’s start with vanilla Android, Samsung, and LG.

First, let’s take a look at the vanilla Android app icons. These are the basic, stock icons found on Google’s Nexus devices and the devices of other manufacturers who don’t fundamentally alter Google’s Material Design formula.

In keeping with that design ethos, the vanilla icons are generally colourful, ‘almost flat’, and fit for purpose. There’s a clear coherence to the stock icon set, which can make third party app icons look out of place (if they haven’t been designed to fit Material Design). Thankfully (or perhaps not!), Google have been pushing Material Design so aggressively that the majority of app developers will fall into line when it comes to their style of app icon design. You might think that this is a good example of a tech giant imposing uniformity and limiting creative freedom, and perhaps you’re right, but it’s undeniable that the stock Android icons are a good example of how to develop a coherent icon set.

Samsung’s Galaxy S-series are the best selling Android smartphones on the market, and for good reason. They offer a wide range of features at a wide range of prices. However, their modifications to Android over the years have divided users—primarily due to issues with system bloat and glitchy (though innovative) additional touch features in the form of ‘TouchWiz’.

Their new icons are actually pretty nice, though. They’ve undergone some recent changes, and now all stock apps use the same shape and size icons as one another. What makes them stand out is the use of negative silhouetting over a variety of simple colours. In order to make the launcher feel more uniform, users can put third party apps in drawers. Samsung use a coherent icon set in their iteration of Android—if slightly too flat and boring.

These are actually some of my favourite default icons. They’re a great example of the almost flat style, but with enough colour and elements in each icon to make them stand out from one another. This breaks up any monotony without making the icons seem totally disparate, and the subtle use of shadow gives them an extra dimension. Earlier iterations of the LG icons used an unusual, almost sepia colour scheme with a vintage feel—if they could bring in some more of that ingenuity in keeping with current real-world aesthetic trends, they could really stand out.

Check out the next post in this series, where we’ll be looking at the app icons of some other Android manufacturers.