Digital animation has come a very long way in the last two decades. Consequently, we’ve now reached the stage where 3D rendering suites and animation are so ubiquitous that some might even say traditional ‘flat’ animation is obsolete.

While fully hand-drawn animation is more or less obsolete (with the exception of some independent animators like Don Hertzfeldt – see an example of his work here), there is a still a place for ‘2D’ styles. In fact, combining these visual styles with more modern 3D animation technologies can result in some truly spectacular hybrid motion graphics. These in turn can be used to really make your product stand out.

2D and 3D animation – the basics

In principle, 2D animated images are still created in much the same way as they were traditionally, although the technology has improved. One of the oldest forms of animation is cell shading, whereby each cell or frame is drawn individually and placed into a linear sequence. This was originally accomplished with pencil or ink on a ‘cell’, and would be coloured later on by a dedicated colourist and layered over other cells in the sequence. When 2D animation is created today, it tends to utilise digital software and frame technologies such as onion-skinning. This allows for faster, more accurate and more easily editable sequences (although some purists would argue these methods lose some of the charm of analogue animation). What ‘makes it’ 2D in both instances is therefore that it is rendered in two dimensions during the animation process. 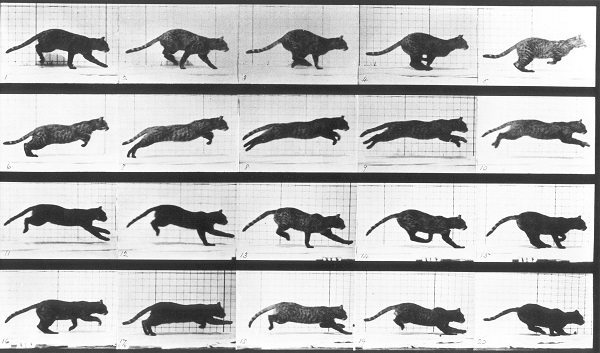 As technology has advanced, the distinction between 2D and 3D animation has become blurred (in part due to the fact they both rely on similar software). However, the ways in which they are created can still differ wildly. In making 3D animations, there are different considerations involved. Stop-motion animation, a sort of prototype 3D method, offers a good analogy here. Stop-motion often uses ‘clay’ figurines with a poseable ‘skeleton’, which an animator physically manipulates in each frame to give the sense of movement – just like how in 2D animations, each frame must change in order to give the impression of motion and time. However, unlike in cell animation, in stop motion an animator must also consider factors like light and depth. Remember Morph?

These same principles extend to digitally animated 3D images. The image must be considered and rendered at all times in three dimensions, meaning animators (as well as creating and manipulating the image itself) must also consider other elements such as post-processing. Digital 3D animation therefore allows for a much more closely controlled visual environment than analogue 2D methods.

Watch out for the second part of this article where we will share some examples of hybrid motion graphics.